For many of us boxing gets into our blood at a young age and once the fixation is established we need to remain involved with the sport in some capacity. Some go on to have careers in the ring or in broadcasting. Others remain loyal fans and perhaps train in the fundamentals to stay in shape.

The participant in this interview, Jennifer Huggins, spends every waking minute engaged with boxing. Jennifer (on Twitter @Jen_Huggins), a native of Toronto, Canada runs her own gym and is also a 3-Star AIBA official. Read on for insights into Jennifer’s boxing life, her ambitions for the future and how she uses her love for and involvement in the sport for a very worthwhile cause.

CM: Hi Jennifer, I noticed from the AIBA website that you are a 3-Star referee and judge, can you tell the readers what this means exactly?

JH: 3-Star AIBA judges and referees are appointed to international boxing tournaments such as The World Championships and Olympic Games. They are also used in World Series Boxing (WSB) and AIBA Pro Boxing (APB).

CM: Can you give us a quick outline of how you became a 3-Star referee and judge?

JH: As a gym owner and boxing coach, I was having a hard time staying current with the outside world of boxing. I started refereeing almost 10 years ago as a way to stay involved in elite competitive boxing. I now work as a 3-Star referee and judge with AIBA International Boxing Association. Since 2014 I have had the honour of officiating at international boxing tournaments, many of which were qualifiers for the 2016 Olympics.

CM: When you’re not refereeing or judging can you watch a boxing match from a fans perspective and just enjoy it or are you always looking at it with an official’s hat on?

JH: Though I thoroughly love the sport, I miss the days of just watching and enjoying boxing. As an official, it is tough to completely shut down the boxing judge ingrained in me. If I do manage to tone down the judge in me I catch myself getting distracted, watching the techniques of the referee. The only time I can truly enjoy boxing now is when I am coaching. As a coach I’m fully immersed in what the boxer needs to do to win their fight!

CM: You already mentioned owning a boxing gym and coaching there. What is your day to day routine in the gym?

JH: 10 years ago when I first started the gym I found myself spending anywhere from 12 to 18 hours per day boxing and coaching. I actually lived in my boxing studio for the first two years. I have had the honour of growing Kingsway Boxing Club in Toronto with my partner Virgil Barrow. Together we run all of our programs, including the amateur, competitive and corporate boxing teams. When I’m not travelling with AIBA I’m at home with Virgil helping to develop and coach the teams. Working at the international level has been invaluable to my understanding and coaching of the sport. I’m incredibly inspired each time I return home from a tournament to work with our boxers.

CM: So what are your ambitions within boxing over the next 5 years? Both from a coaching and officiating standpoint.

JH: I am extremely grateful for all the opportunities boxing has presented me with over the years. I’ve accomplished so much in such a short period of time due to the incredible support I’ve had from my peers and mentors. My goal is to build programs that will help other athletes, officials and coaches find their own success in the sport. I still have so much to learn from others and from the sport itself, however I owe so much to boxing! I can’t wait to find new ways of giving back and to see others benefit from a sport that has given me so much.

CM: What advice would you give to any young people, or their parents, thinking about taking up boxing as their main sport/keep fit activity?

JH: Do it now! I hear so many people who say they need to work their way up to boxing. There’s no other activity that will get you ready to box, you just have to start! Anyone who’s tried boxing has never turned back. Think about it, you hit things, you sweat and you get into the best shape both mentally and physically. Win. Win. Win. 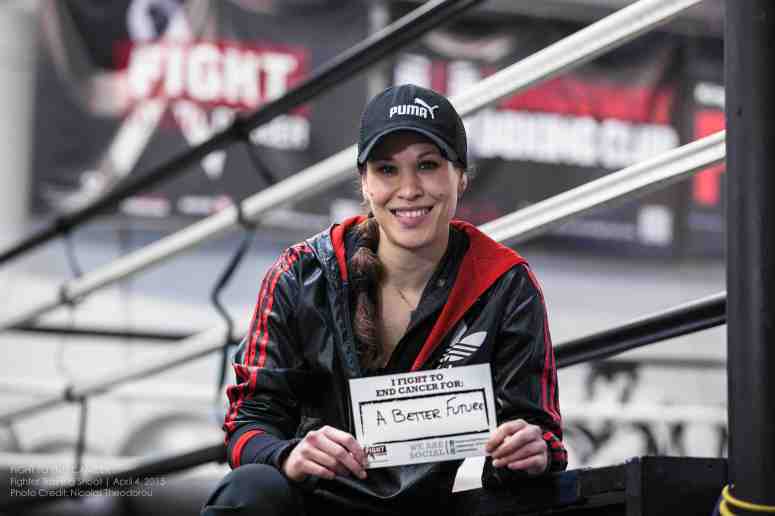 CM: Finally I noticed from your Twitter profile that you are the founder of the charity Fight To End Cancer. Tell us a bit about that and how boxing plays a part in raising awareness of the cause and any fundraising it helps you with.

JH: Boxing has been my life for over 15 years – not long enough. I won’t bore you with the details but it changed my life and opened doors I didn’t even know existed. The Fight To End Cancer (FTEC) was my way of bridging the gap between my multiple career paths. In 2011 I found a way to bring together my boxing, entertainment and corporate networks. It started as an annual gala and has quickly grown to be a cause that everyone is a part of.

Our most recent partnership is with one of our first FTEC fighters who has since turned pro. Josh “Dubs” O’Reilly has rejoined the fight, donating a portion of his purse to FTEC. This is just one example of working with our community to both spread awareness and raise funds.

We have just reached $500,000 in direct donations to The Princess Margaret Cancer Foundation, who lead the way in cancer research and immunotherapy.

Jennifer Huggins owns and operates Kingsway Boxing Club in Toronto, Canada. As an Olympic Level Boxing Referee with AIBA International Boxing Association, she works the sport from the inside out. In addition to being a Canadian National Coach at her gym, Jennifer is the Founder and Executive Director of the Fight To End Cancer. She is heavily involved in the community, however still manages to find the time to travel the world performing with a World Class Magician.